Our 4 Favorite Things to Do in Sioux Falls

Our 4 Favorite Things to Do in Sioux Falls 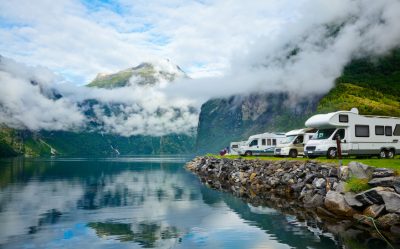 If you’re thinking about heading out on a family vacation, consider camping in Sioux Falls SD. This area is incredibly historic and is named for the Sioux tribe of the American Indians and the waterfalls of the Big Sioux River. So with this gorgeous landscape being located only a few blocks away from today’s downtown district, there are plenty of Sioux Falls attractions available to keep any family happy.

Here are some fast facts about Sioux Falls and some of our favorite things to do there.

The landscapes are beautiful
While the waterfalls may be the town’s number one attraction, there are plenty of other things to see around the area. Some things you can expect to see include lush green landscapes, red rock formations, and beautiful rivers just waiting to be explored.

The first four door car was developed in Sioux Falls
We all think that Henry Ford developed the first car, but all of his models only had two doors. Thomas Fawick first created his “Fawick Flyer” back in 1908, and is most notorious for transporting U.S. president Teddy Roosevelt in a 1910 parade in Sioux Falls.

It is one of the oldest human settlements in the United States
The Good Earth State Park in southeast Sioux Falls was an important gathering place for Native American tribes as far back as the year 1300. This makes it one of the oldest places on record for human settlements in the United States. It was used as a sacred place for seasonal ceremonies and as a marketplace for multiple Sioux people and officially became a state park in 2013. You can go and explore this beautiful place during your family vacation and just try to imagine the people that came here before you.

There is something for everyone in Sioux falls. So come on down to our family campgrounds and you’ll be ready to make memories to last a lifetime.

This is an awesome place for kids!! We went and all 7 kids had the best time!! The staff were all so nice and very helpful!! We will be back for sure! The bathrooms were immaculate!! Even had showers … END_OF_DOCUMENT_TOKEN_TO_BE_REPLACED

Nice showers, spots are large enough for all but the longest rv’s. Our truck/trailer combination is 60′ and fit fine. Great spot to bring the kids.

We had a blast. The cabins were perfect. The kids loved all the halloween themed activities they had planned. We will be coming back next year.